You could be forgiven for thinking that at the age of 30, Alessandro Rosa Vieira, aka Falcao, was a man fulfilled. Yet the one title missing from his glittering collection of honours is the most important of all. The Brazilian futsal star has come close twice to world glory, only to see his dreams dashed on both occasions by the same team. And since the second of those disappointments, Falcao has been patiently waiting for the chance to exact revenge. The question is, could this be his last tilt at the most coveted trophy of all?
(繼續閱讀...)

Since the start of the FIFA Futsal World Championship Chinese Taipei 2004, one team has provoked particular debate. Seen by some as too defensive, Argentina are nevertheless currently well placed to go through to the semi-finals. A few hours before their decisive match with Ukraine, FIFA.com spoke to their defender, Leandro Planas.

FIFA.com: Leandro, how would you assess Argentina's start to the tournament?
Leandro Planas: In the first round, we knew that we should be able to go through with Portugal, but we also knew that our group would be very tough as we also had to face Iran, a team who always seem to cause us problems. In the end, not only did we achieve our objective, we also won the group, which was great.
In the second round, goal difference was always likely to be important. We knew that Brazil had plenty of goals in them, so we needed to win our match against the United States, at worst lose by as narrow margin as possible to Brazil, and then a draw might suffice against Ukraine. We are now very close to what would be a historic achievement for Argentine football. That's why we're keeping our feet on the ground. It will be impossible to play for the draw against Ukraine, as after two good performances out of three, we want to continue in the same vein.

What do you think of Taipei city after spending two weeks here?
I can't really say I know this city. We train where we play every day, so I can't judge it on the basis of the little outings we go on now and then around the area to stretch our legs. But I intend to do a little bit of sightseeing before returning to Argentina. One thing I can say, though, is that the gymnasiums are both excellent. And then there's the people, all the young children who come and take photos of us. They are really kind, well educated people who approach us so quietly and politely. We've also met some Argentinians who live here and have been really looking forward to this tournament. We see them at all our games, creating a fantastic atmosphere in the stands. They make us feel a little closer to home and  we want to do as well as possible for them too.

What was your target before coming to this FIFA Futsal World Championship?
My aim and that of the entire team was to reach the semi-finals at least. It's not just a dream, as we've been working towards this goal since Guatemala 2000. Today, we realise that it's possible, so we'll be doing our utmost to reach the last four tonight.

Which of the sides you've played so far have impressed you most? 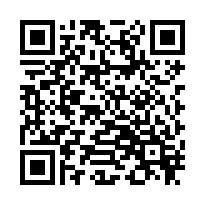